As you may or may not know,Townsville Naturist Community (formerly Townsville Nudist Club) has lost the use of the property we have called home for 34 years. I am completely at a loss for the words to express my appreciation for the 60 percent of our previous membership who, knowing we were without grounds for the foreseeable future, have paid their memberships and stuck with us for the long haul. Many of our members have a limited capacity to help out, but they do everything in their power to pitch in. Just deciding to continue has been difficult for many considering the fact that ten families have had to scrap their permanent vans due to a lack of somewhere to store them. You, my dear friends, are the essence of what Naturists stand for.

Over the years we have opened our club to welcome visitors from every State and Territory in Australia and from many countries around the globe. We have endured bush fires, floods and cyclones and “got stuck in” and had the grounds ready for the influx of visitors when they arrived. We have made some fantastic friends and will carry many amazing memories with us forever.

We had developed the site into a comfortable bush camp which was enjoyed by members and visitors alike, with anything up to 80 people at a time enjoying the quiet bush surroundings, facilities, excellent swimming hole, campfires and great company during the popular winter months.

We were informed by the property owner that as from the February 2016 General Meeting, we had 6 months to vacate the property under his terms which included leaving behind all of the infrastructure and facilities we had put together over the years. The reason given to the club was that he intended to sell the property and our presence would be a hindrance to his prospects. 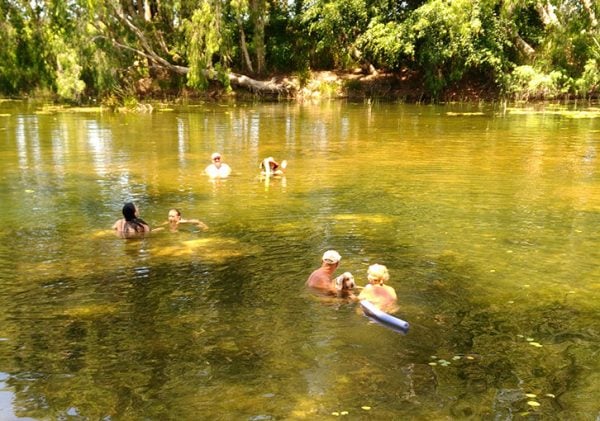 The most difficult part of that was the fact that the 6 months’ notice we were given occurred over the winter period when most of our regular visitors depended on us being open, so the decision was made to keep the club grounds open to visitors over the winter months and shift as much as we could during the last month of our time after our visitors had left. A number of our visitors were very happy to pitch in and give us a hand before they left, which we are very grateful for.

We did what we could with a diminished work force due to numerous members being away on holidays, while a handful of former members, who have mysteriously stayed on, watched on in amusement.

We have just stepped into the club’s 48th year of existence and the dedication of the remaining members is still second to none. Any bad feelings that we hold towards those involved in our eviction have to take a back seat and we are all looking forward to a difficult but productive year ahead with every effort being made to procure and provide a better property for all to enjoy again.

We have started our future with a new name, a new constitution, a revitalized logo and a “kick ass” positive attitude that will get us over the line regardless of the hurdles we have faced and may face in the future.

I am afraid we probably won’t be able to offer any grounds this coming winter, but we are always confident that we have the support of the many hundreds of people who have visited us in the past and we hope to have something to offer the following year. Ambitious, I know, but we will give it our best shot.

The members have been kept busy over the past year removing and storing the club’s assets at a variety of members’ homes and businesses while looking into ways and means of acquiring new grounds. The situation is not helped by the fact that we are a non- profit club with very limited access to the kind of money needed to achieve our goals and have no prospect of being able to borrow funds. Even rural rentals, at an average of $300 per week are not an option. I have found that many people have no idea of the amount of work and money that goes into setting up grounds which is probably why many have closed and not been replaced. It sometimes feels to me as though some folk think Adam and Eve made all nudist venues and they are maintained by the fairies. I believe the actual reality is that people just don’t think about it and just accept that they are there to be used and forgotten about when they leave. I hope that our efforts could eventually be of help to other clubs trying to obtain grounds in the future and may show pitfalls to be avoided and highlight lines of inquiry that have proved to be a complete waste of time.

Almost a year of meetings with Government departments, both State and Local have produced moments of great anticipation of positive outcomes only to be scuttled at the final meeting with rejection for a variety of mostly rather foggy reasons. Many unused Council reserves that we have looked at would have been ideal – but we failed in the end, to meet the requirements of “Council’s vision” for the land.

We have continued to hold fortnightly functions and monthly meetings to keep the fundraising alive, and these are always attended by the members who wish to keep the club strong and to work towards the future. A ‘Crowd Funding’ attempt resulted in a modest amount of donations by people who believe in what we are doing and who acknowledge the need for what we had provided to be allowed to continue. These donations have been put in a special account and the donors are able to use that money they have given us as shares in any new property we may acquire.

Our members, as mentioned, get together fortnightly for BBQs, dinners or whatever other excuse we can come up with. We hold these at members’ homes, beaches and parks and welcome any visitors who may be in the area, the only difference being that we can’t offer people a place to stay. Some of the functions, out of necessity, need to be clothed events while others can be nude if the venue is suitable. It isn’t the same as having a place of our own but we always have a really good attendance and nobody has a boring time. This situation has shown the importance to the club of team players and fortunately we have a very good number of them. There will always be ‘passengers’, which is problematic for all clubs world- wide, but they give the club some bulk and hopefully will learn the importance of being drivers rather than passengers eventually.

We have had emails of support from a number of other venues expressing their concern that there is now a gap in the accommodation trail up the Queensland coast and the re-stocking stop before many nudists travellers turn west to continue onto the Northern Territory. People wishing to visit and enjoy all that the Townsville district has to offer are also missing the opportunity to stay in a clothes free environment between day trips to the abundant attractions in the area. We are determined to do all that we can to fix this problem and we hope that others will see the value in helping us to do just that. We can’t do it on our own.

We appreciate, in particular, the many ideas people have offered to help us in our quest to re-open a dedicated TNC venue. I have put a staggering amount of time into investigating all of the options put forward and narrowed them down to one in particular which seems to be beneficial to the club and the general Naturist community. I would welcome any feedback readers may have on this subject as there is still a lot of work to do and anything that could help from anyone with more knowledge of the process would be very much appreciated.

The club is now calling for expressions of interest to determine if we have the support to continue down this path. I would urge fellow Aussies to think seriously about what we are doing and act sooner rather than later to make this a reality.

We intend to set up a non-trading cooperative, completely separate from the club, to buy and own a property for the sole use of the club. There will be a separate constitution and the co-op will be run by a board of shareholders in close consultation with the club. Both the club and the co-op will remain non-profit entities. All development and infrastructure added to the property will be owned by the shareholders. All maintenance and ongoing expenses will be the responsibility of the club. This is important due to the fact that for most of the cyclone season local members are left to deal with any problems which may occur during this time of year.

These are the bones of the plan and much more detail is still being drafted but the idea is to give everyone, not just members, the opportunity to own a part of a property which will only increase in value and be there for the future needs of the Naturist traveller and future club members. When the final issue of shares is distributed there should be no more, so the only way to obtain future shares will be to buy them from existing shareholders. The value of each of the shares will be determined each year by a property valuation which will be divided by the number of shares issued.

As the price of the land parcels available at present varies considerably according to size, location, improvements, etc, it is difficult to gauge exactly how much money we will need, but I would assume from what I have seen that something in the vicinity of $600,000 would ensure we acquire a property akin to what we have had previously and with careful selection, much better. We have settled on a price per share of $1,000 each and will limit the availability of shares to less than 1,000 depending on costs involved in the acquisition of the selected land.

There are many factors to be considered when looking into a prospective property including size – a minimum of 30 acres; distance from town – hopefully within 50 kilometres; zoning – would have to be rural; access – would have to be accessible from a rural road and not a highway; privacy – would have to have natural screening from roads and neighbouring properties. These are just the basic requirements before we look deeper into a property’s suitability.

If you would like any further information about TNC or this exciting and ambitious project, please contact us by email: townsvillenudistclub@gmail.com and we will be happy to pass on any information you require or take any advice you may have to offer.