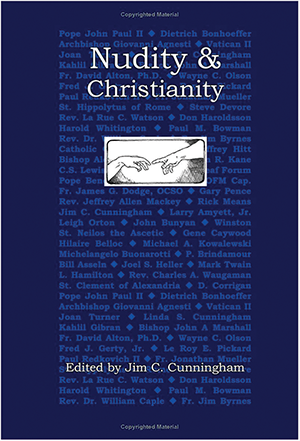 It is often asserted that Christianity is responsible for the West’s repressive views about the naked human body. Nudity and Christianity challenges that assumption. It is an impressive anthology of writings, ancient, mediaeval and modern, examining the intersection between faith and a proper understanding of our uncovered bodies. Through its pages we come across such esteemed contributors as St Hippolytus of Rome, St Clement of Alexandria, Michelangelo, C. S. Lewis, Mark Twain, Dietrich Bonhoeffer, and Pope John Paul II.

Jim C Cunningham, the editor and primary contributing author, is a devout Catholic who holds an understanding of the incarnation, atonement and resurrection that would accord with what Christians of most persuasions believe. There are references scattered throughout showing to Catholic beliefs that I do not subscribe to such as papal authority and transubstantiation, along with some very conservative social views, but these did not unduly distract me from the central thrust of Cunningham’s work.

Many of the contributors to this work observe that in the creation stories in Genesis, the prototype man and woman are naked but unashamed, and they commune with God in that state in perfect innocence. There is nothing intrinsically shameful about the human body, and God Himself engages in relationship with these naked people, thus sanctioning the notion of people living in community without clothing.

Cunningham takes the creation story further based on the Biblical claim that when God made humans, he made them in His image. In some sense our physical bodies are reflective of God’s glory. The preoccupation with the nude throughout art history (which is evident in any substantial art gallery around the world, and even in Church artwork such as that housed in the Vatican) reflects a universal sense of wonder at the divine image reflected in our naked bodies. Christians should therefore use social naturism as a positive witness to the reality of the Creator.

Cunningham also looks at this argument from the reverse angle, contending that by hiding our bodies through what he calls “clothing compulsion”, we are (albeit inadvertently) expressing shame at God’s image, or inferring that God somehow erred in His design of the human body.

Some conservative religious writers have denounced social nudity on the basis that in our fallen sinful state, humans are now incapable of living innocently in naked society. Cunningham and many other of the contributing authors convincingly dispose of that argument by citing an array of examples from the Bible and Church history where people are naked in social settings without a hint of impropriety.

In the Old Testament, the ceremonial washing of the priests as proscribed in the Torah is done naked in the full view of the people. God instructs the prophet Isaiah to live and preach completely naked for three years. It was common for the Prophets in Israel to be naked when seeking the Lord’s guidance. Bethsheba bathed naked publicly without any hint of condemnation. King David danced naked through the streets to celebrate a military victory. Central to the Old Covenant is the marking of men’s flesh through circumcision – something which remained a daily reminder of that Covenant in a society where people bathed and often labored (eg farming and fishing) without the encumbrance of clothing, thus regularly seeing each other au naturel as a matter of course. God would hardly choose a body part which should be hidden as a visible sign of His special relationship with Israel.

We are provided with a host of examples of social nudity in the New Testament as well. The apostle Peter is specifically described as being naked when fishing. The apostle Paul (1 Corinthians 9), and the apostle James (Hebrews 12) both use the analogy of naked athletes with approval when encouraging Christian perseverance. None of the New Testament writers, who comment on a range of moral issues facing the nascent Church in secular society, take any issue with that culture’s entrenched approval of certain forms of social nudity.

Cunningham’s survey of the tolerance of nudity in a Christian setting extends beyond the biblical era to take in various naked Christian ascetics (such as St Francis of Assisi) and the rites of the early Christian Church that routinely practiced naked adult full immersion baptism. He postulates that it was only with the dualism that accompanies the arrival of Gnosticism that the original openness of the Church to social nudity was undermined. That is, it is a perversion of Christian values rather than the Biblical witness itself, which has led society, as well as the church, to institutionalizing body shame.

What moved me the most in Nudity and Christianity, and which represented new territory in my thinking, was the linking of our understanding of our naked body with the naked body of Jesus Christ. Jesus, God incarnate, was born a naked baby, was baptized naked by John in the Jordan River, took off all his clothes to wash his disciples’ feet at the last supper, and was crucified naked. Most iconography of the crucifixion scene cover over Jesus’ genitals with a loin cloth, but the biblical account could not be clearer – he was completely naked, as were all victims of this most brutal form of Roman capital punishment. The author draws a contrast between the innocence and purity of the first man, Adam, who due to the fall brought sin into the world, and the naked Son of Man, the second Adam, who was also truly innocent, but who bought salvation from the consequences of that sin, through the sacrifice of his body. Cunningham argues that through the incarnation, God chose to make Himself completely vulnerable to us, through His naked surrender to us. When we choose to be naked, we in some way reflect the vulnerability of the Creator Himself.

For Cunningham it is incredibly significant that the Bible teaches that our physical bodies will be resurrected, just as Christ’s was. Our bodies are incredibly precious and should be treasured. They are not objects of shame; pornography and body titillation are distortions that should be challenged. We damage our children and we damage our own sense of identity when we perpetuate a culture that hides the human body.

Occasionally Cunningham drifts into speculative territory. For instance he argues that as the resurrected Jesus left his burial clothes behind in the tomb, he was probably naked when his female followers first found him in the garden. He notes that gardeners in that era worked naked, and the women initially must have mistook Jesus for a gardener because he was naked. More bizarrely, he suggests that the original sin in the Genesis creation story was actually bestiality and he repudiates masturbation. Those intent on finding fault with Cunningham will find plenty of material to support their criticism; I chose to take these tangents with a grain of salt, and instead focused on those aspects of his work that were well researched or supported by logic.

There are also some stylistic and formatting problems in this publication. A lot of wading is required to sort the wheat from the chaff, and to push past some repetitious content. There is no apparent order to the anthology, meaning that it is impossible to explore a theme or concept in any coherent way. Running at over 500 pages, I would recommend that Cunningham bring some discipline and order to his material to make the task a little easier for his readers. At times I also found Cunningham’s choice of words rather schmaltzy and his dialogues between fictitious persons discussing Naturist themes are rather forced.

Notwithstanding these shortcomings, for Christian nudists in particular, Nudity and Christianity has the potential to be revolutionary. There is material in this book that I have never found anywhere else on the subject. Some of its perspectives have significantly shifted and deepened my own understanding of naturism itself and the connection between my faith and my desire to be free of clothes.

I recommend this work to anyone interested in exploring the intersection between religious faith and body acceptance. 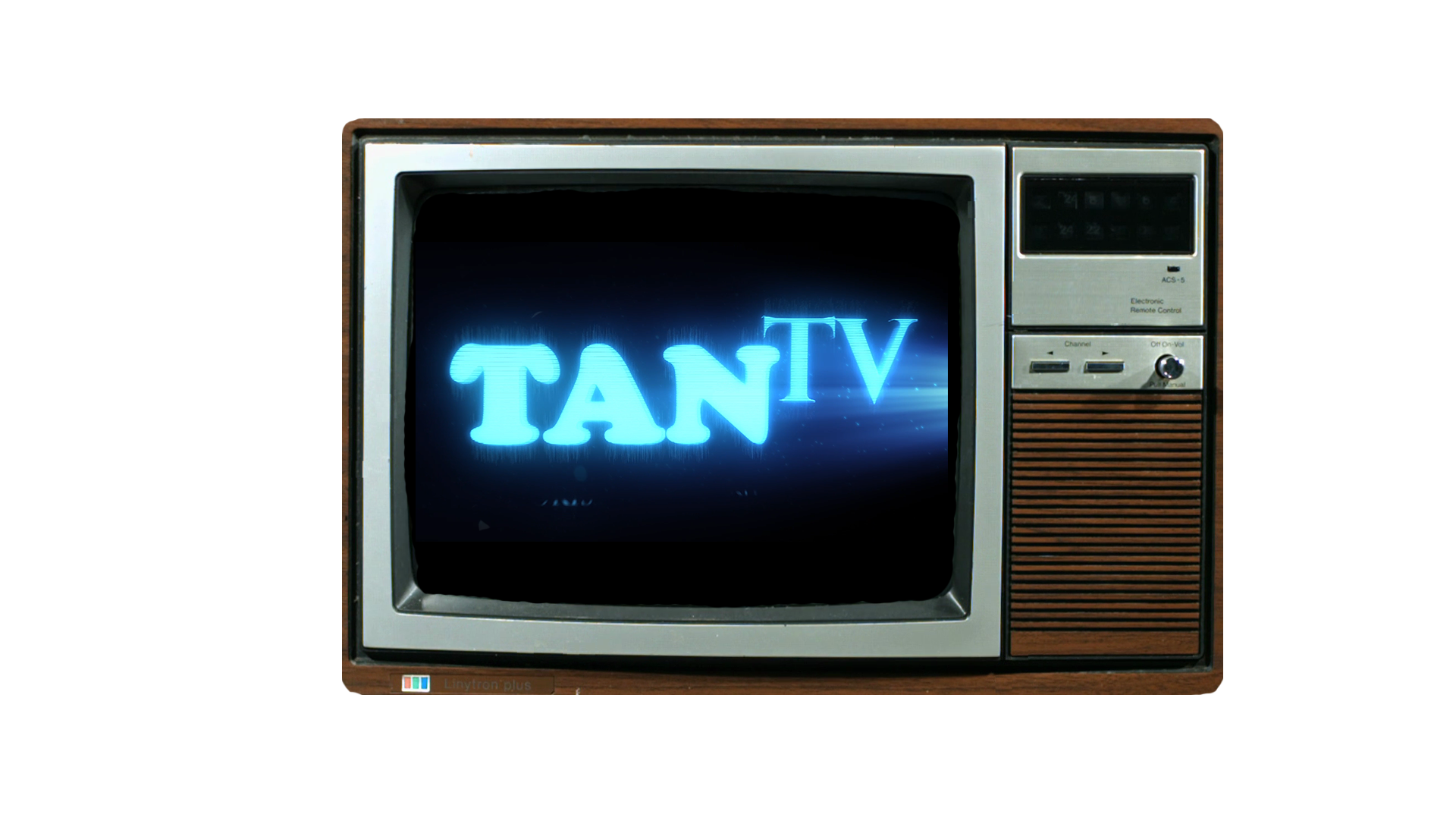 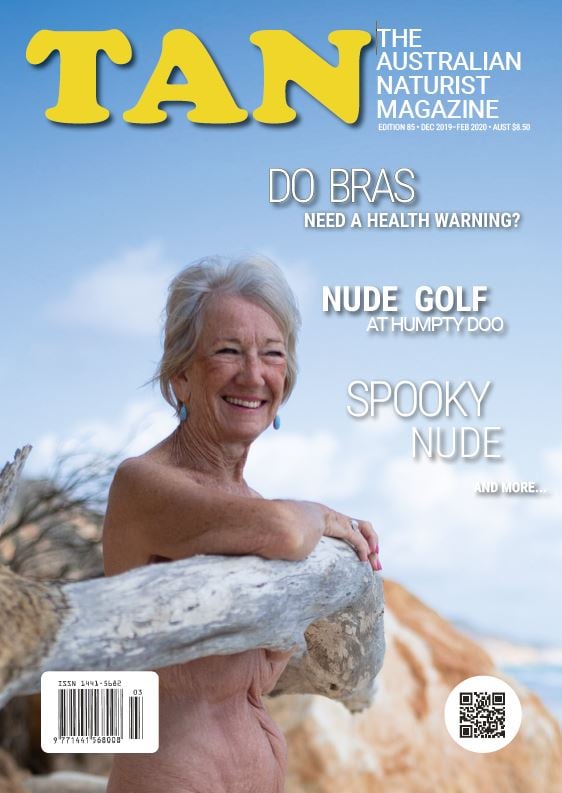